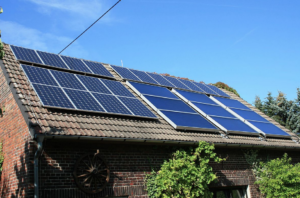 Arizona energy regulators voted Thursday to allow UNS Electric to add a monthly surcharge on customers with new rooftop solar systems. Solar power advocates, however, say the decision was a victory because the new charge is substantially lower than what UNS initially wanted to impose.

The Arizona Corporation Commission approved a $1.58 monthly charge on UNS customers who add rooftop solar power systems after new rates take effect probably by September. The fee was sized down from an original $5.95 monthly surcharge proposed by UNS.

Overall, UNS customers will pay about $4 more per month due to higher standard rates. UNS’ service territory covers much of Arizona outside of Phoenix.

The commission, however, tabled a net metering cut proposed by UNS and its sister utility, Tucson Electric Power. Arizona Public Service also has filed a request for a net metering cut. Net metering forces the utility to buy back excess power generated from rooftop systems at the retail rather than wholesale rate.

Solar advocates such as Earthjustice and Vote Solar applauded the commission’s delay and fee reduction. They argued that UNS and APS’ proposed cuts—trimming as much as 73 percent from the net metering paybacks, by some accounts—would have brought the growing rooftop solar adoption to a halt. Some analysts have said that if adopted the cuts would make rooftop solar uneconomical by the middle of 2017.

“Today’s vote will keep the way clear for UNS Electric customers to meet their own energy needs with homegrown solar power. I appreciate the commission’s commitment to reason, to stakeholder input and to the public interest through this critical decision about the future of solar energy in Arizona,” said Briana Kobor, Vote Solar’s DG Regulatory Policy Program Director.

UNS will return to the commission with the proposed net-metering reduction plan once the regulators have heard other solar-related cases.

A report by the Solar Energy Industries Association several years ago estimated that distributed solar generation and net metering provides about $34 million annually back to Arizona Public Service customers. Some reports have put the overall net metering payback at close to $1 billion over a 20-year period.