For more opportunities check out our engineering jobs 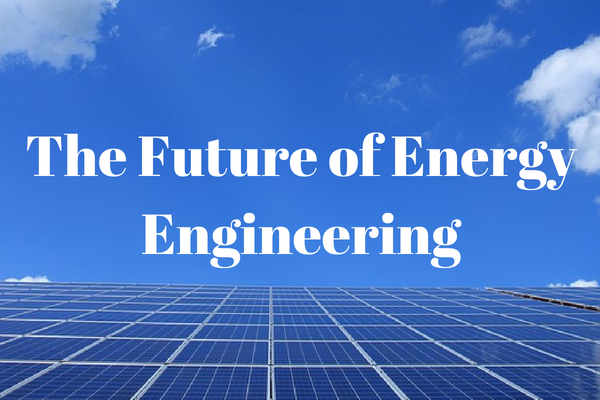 Is there a future in Energy Engineering?

The global energy landscape is set to change drastically in the next decade. A few years ago, renewable energy was not even remotely perceived as a threat to standard coal & nuclear power. Today every major country in the world is investing massively into solar, wind and geothermal power. This is mainly due to rapidly falling prices and increased scalability of renewable technology. The price of solar power is set to drop by as much as 25% by 2022. This drop is being driven in part by heavy investment into the field. This shift in the energy landscape creates an opportunity for the aspiring energy engineer as new jobs are being created in order to drive this revolution.

Regardless of the technology used to generate and store energy, there is a growing need to create systems that make efficient use of energy and as such an energy engineer will always be in demand.

Some of the more common energy engineering fields are listed below. Due to the broad definition of an energy engineer, it’s not feasible to list every subcategory, but this list will definitely provide a good starting point:

The typical median salary in the United States for a certified engineer is around $100,000 per year.

Infrastructure developers are constantly looking at building structures that make the most effective use of energy. This means that every single aspect of the construction and design needs to be analysed from an energy efficiency perspective. This includes the procurement of energy efficient raw materials all the way to the design of the structure. Some buildings even produce and store their own energy and are completely off the grid. Some of the responsibilities of a green building engineer are analysing the energy usage of existing buildings; recommending ways to improve energy efficiency; and designing buildings that make use of passive methods to cool and heat themselves.

The typical median salary in the United States is roughly $85,000 per year.

An energy system engineer’s (ESE) focus is on the bigger picture in terms of energy use. An ESE is tasked with improving energy storage systems, managing energy distribution, analysing the effect of energy practices on the local environment, and understating the effects of energy-related activities on the economy. An ESE needs to have a broad knowledge of basic engineering all the way to the economics of energy systems. Some of the responsibilities of an energy systems engineer are to analyse existing energy plants and systems to determine their efficiency, recommending ways to improve this efficiency, and evaluating the economic and environmental impact of new energy installations.

The typical median salary in the United States is about $70,000 per year.

There is no doubt that alternative energy is on the increase. As mentioned previously in this article there are numerous renewable energy projects coming online all over the world. These include 2000-megawatt solar arrays, 6800-megawatt wind farms, wave power generators and geothermal power plants. Coal and nuclear power stations are falling behind the constant innovation in the renewable energy sector. This innovation is driven in part by fierce competition which has the dual effect of pushing the technology to its limit and decreasing the overall cost. This drive is not apparent in the coal and nuclear field as the barrier to entry is so high. The time taken to bring a solar farm or wind farm online is significantly shorter than building a new conventional power plant.

The modern world is highly dependent on electricity and this dependence is only set to increase, all other technologies and fields rely on energy and as such the path of an energy engineer is both interesting and critical for the foreseeable future. There are huge opportunities currently in China and India where large renewable energy plants are being built. This trend is set to sweep the planet and as such, it is the ideal time to consider moving into this field.