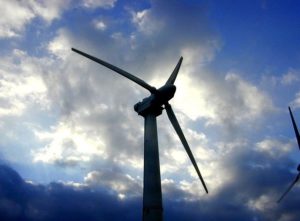 The Clean Energy Standard will require 50 percent of New York’s electricity to come from renewable energy sources like wind and solar by 2030, with an aggressive phase in schedule over the next several years.

In its initial phase, utilities and other energy suppliers will be required to procure and phase in new renewable power resources starting with 26.31 percent of the state’s total electricity load in 2017 and grow to 30.54 percent of the statewide total in 2021.

The Clean Energy Standard will cost less than $2 a month to the average residential customer’s bill.

“New York has taken bold action to become a national leader in the clean energy economy and is taking concrete, cost-effective steps today to safeguard this state’s environment for decades to come,” Cuomo said. “This Clean Energy Standard shows you can generate the power necessary for supporting the modern economy while combatting climate change. Make no mistake, this is a very real threat that continues to grow by the day and I urge all other states to join us in this fight for our very future.”

The Clean Energy Standard will:

By 2030, the 50 percent renewable mandate will be a critical component in reducing greenhouse gas emissions by 40 percent (from 1990 levels) and by 80 percent by 2050.

The Clean Energy Standard will be enforced by requiring utilities and other energy suppliers to obtain a targeted number of Renewable Energy Credits each year. These credits will be paid to renewable developers to help finance new renewable energy sources that will be added to the electric grid.

The Clean Energy Standard decision also includes other directives to reach the 50 by 2030 mandate:

The Public Service Commission will work with New York State Energy Research and Development Authority and stakeholders to develop the content and standards that could be used to create a New York-certified clean electric product. This product will be clearly labeled and identified as New York-based clean power giving consumers the ability to buy 100 percent clean power, should they want that option.

The Public Service Commission will promote and support maximum expansion of energy efficiency wherever possible and evaluate the creation of renewable heating and cooling technologies such as geothermal heat pumps.

The New York State Energy Research and Development Authority will develop a blueprint to advance offshore wind energy, a report already in progress by the Authority.

Public Service Commission Staff will work with the NYISO and other stakeholders to ensure that necessary investments are made in storage, transmission and other technologies to secure a reliable electric system.

The New York Power Authority and the Long Island Power Authority are also expected to adopt the same requirements. This will allow financially-struggling upstate nuclear power plants to remain in operation during New York’s transition to 50 percent renewables by 2030.

A growing number of climate scientists have warned that if these nuclear plants were to abruptly close, carbon emissions in New York will increase by more than 31 million metric tons during the next two years, resulting in public health and other societal costs of at least $1.4 billion.